If you are new to songwriting or want to take your songwriting to the next level, you can learn more about the craft of songwriting with Vance Marino online on Zoom. Discover how to clearly communicate your song's message with crafted lyrics, melodies and chords. Find out how to break down your favorite songs and use that information to develop your own songwriting style.

Students bring songs in progress to private one-on-one lessons for feedback and advice on how knowing the basics of songwriting can make their songs more effective. The "rules" of songwriting are discussed, with the understanding that students can either follow them or break them. (Breaking them is a lot more fun.)

VANCE MARINO is an experienced teacher as well as a seasoned singer, guitarist, bassist, ukulele player, songwriter and composer who began his professional music career at the age of 16.

Since 1995, Vance has been teaching songwriting, guitar, bass and ukulele to students of all ages and levels from beginner to advanced. Styles include: rock, pop, country, blues, etc. His students enjoy his friendly approach and sense of humor.

In addition to teaching, Vance and his wife Tracey compose music for film & TV at their home studio in San Diego, CA. Film placements include: A circus song, "Carnival Lights," in the Disney/Touchstone Pictures film "The Last Song," starring Miley Cyrus and Greg Kinnear; a mariachi song, "No Snow In Mexico," in the Sundance film "Goats," starring David Duchovny, Keri Russell, and Ty Burrell; and many indie films and documentaries. TV placements include:  CBS's "The Late Show with Stephen Colbert," NBC's "The Voice," ABC's "Happy Endings," FOX's "New Girl," Netflix's "You"; HBO's "Last Week Tonight with John Oliver," "The Dr. Oz Show," "The Daily Show with Trevor Noah," "The Kelly Clarkson Show," "Access Hollywood," and "Saturday Night Live," among many others.
Vance and Tracey are guest speakers at songwriting events. They also write blogs about songwriting. 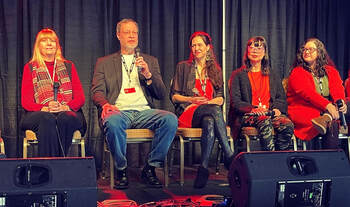